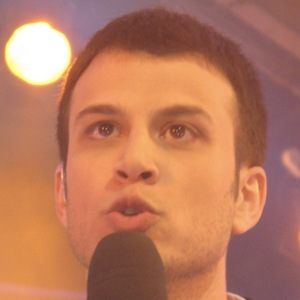 Israeli television personality whose best known as host of Big Brother Israel and The Next Star. He previously was host of the satire talk show Talk to My Agent (formerly Catch- 24). He served as an on-field reporter for the entertainment show Good Evening with Guy Pines.

His big break as a host came after he won a viewers' contest for the youth show Exit in 2004.

He was named one of the 100 Most Influential Gays and Lesbians in the world by OUT in 2009 following his documentary "Mom, Dad, I have something to tell you."

He was born in Holon, Israel, to half Bukharian and half Yemeni parents. He served as a member of the Israeli Defense Forces until 2001.

He starred in gossip columns in Israel as a friend of Perez Hilton and Rufus Wainwright.

Assi Azar Is A Member Of