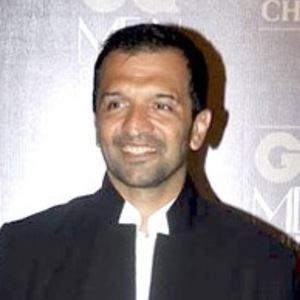 Indian photographer who focuses mainly on fashion and modeling shoots. He is also a film producer known for his work on several Bollywood features. He is most recognized for his work as a photographer for the Kingfisher Calendar.

He studied at Jai Hind College in Mumbai and later UDCT in Mumbai for chemical engineering before dropping out to pursue photography. He began working in Los Angeles with several professional photographers before moving back to India and starting his career in 1991. He photographed his first Kingfisher Calendar in 2003.

He is known for having been the honorary chairman of the Photographer's Guild of India. He also holds the distinction of being the first Indian to win the International Food and Beverage Creative Excellence Award in 2005 for his work on Kingfisher Calendars.

He was born and raised in Mumbai, India. He married Vandana and together they have two fraternal twins, Arnav and Naomi.

Atul Kasbekar Is A Member Of