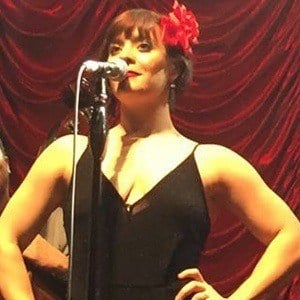 American pop and jazz singer who won the Audience's Choice Award and the Jury's First Place Award at the 2009 Shure-Montreux Jazz Festival. Additionally, she has won acclaim for her work with the popular music collective Postmodern Jukebox.

She grew up playing the trombone and attended the prestigious Berklee College of Music on full scholarship.

She was a contestant on American Idol in 2009.

Her parents were music teachers.

She has been a featured performer with Postmodern Jukebox, a collective formed by Scott Bradlee.

Aubrey Logan Is A Member Of