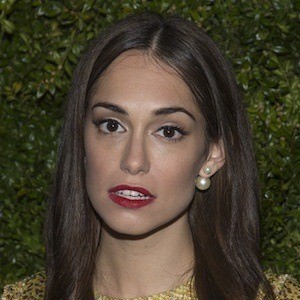 Entrepreneur and businesswoman who is recognized for having created the women's co-working space and social club The Wing. She went on to amass over 90,000 followers on her eponymous Instagram account.

She obtained a bachelor's degree in political science from New York University.

She worked as a press aide for Hillary Clinton's 2008 presidential campaign.

She has been friends with writer/actress Lena Dunham since childhood.

Audrey Gelman Is A Member Of