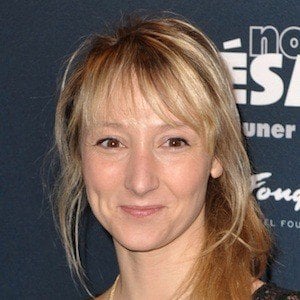 Stage and screen star most well known for her long-running role as Marion on the television series Scènes de ménages. She has also appeared in films like Beauty and the Beast (2014) and Polisse.

Her first acting role was in the 2004 telemovie Milady and the Three Musketeers.

Born to Michèle and Michel Lamy, she has one sister, Alexandra. She began a relationship with Thomas Sabatier in 2008 and has one child with him, a son name Leo.

She joined Vincent Cassel and Lea Seydoux in the cast of 2014's Beauty and the Beast.

Audrey Lamy Is A Member Of