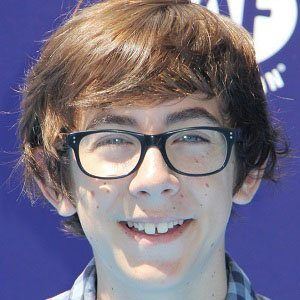 Actor with notable roles such as Gus in Mighty Med, Owen Rothchild in Back in the Game, and a minor role in the feature film The Incredible Burt Wonderstone.

He is part of a YouTube duo with a channel titled 240 Reviews.

He was born in California. He has an older sister named Sydney.

He appeared in an episode of the Comedy Central series Review, starring Andy Daly.

Augie Isaac Is A Member Of