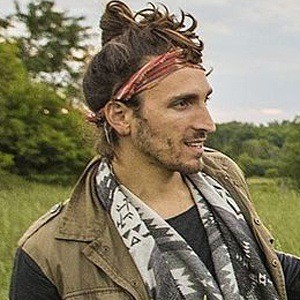 Songwriter and producer behind hit singles like David Guetta's "Listen" and Paul Oakenfold's "Who Do You Love." He is the frontman for the band Magic Giant and has collaborated with renowned artists like John Legend and Akon.

He began his career as a writer, producer, and pianist on David Guetta's 2014 album Listen. The album peaked at #1 on Billboard's Dance Electronic Chart the day of its release.

In 2017, Magic Giant released their debut studio album, In the Wind.

His parents are Mark and Margot Bisnow. His brother, Elliott Bisnow, is the founder and CEO of the Summit conference series.

In 2011, he and Benny Blanco co-created the nonprofit Get Well Soon Tour, a charity that brings superstar musicians to surprise children at hospitals around the United States.

Austin Bisnow Is A Member Of