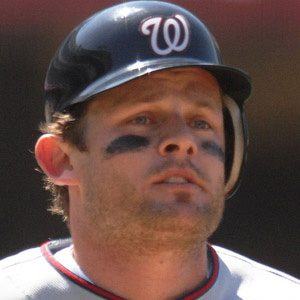 Right fielder who made his big league debut in 2002 for the Cincinnati Reds and joined the Washington Nationals in 2006.

He was third in the Rookie of the Year voting in 2002.

He has a son named Brady.

Third baseman Ryan Zimmerman was his teammate on the Nationals.

Austin Kearns Is A Member Of