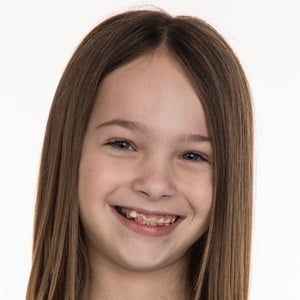 Eldest daughter of the popular YouTube toy channel Tic Tac Toy which features hauls, skits, games, challenges and adventures to be enjoyed by more than 5 million subscribers. In 2020, she also launched a gaming channel called XOXO Gaming. She and her family have often shot their videos in what they call the Secret Playroom inside their house.

Her family's channel was launched in December of 2015. Over the course of the next two years, their videos would be watched more than 300 million times.

She loves climbing and action sports. She wants to be a teacher when she grows up. She has received over 59 million views on the June 2018 video "Dress Rehearsal Day" where she and her sister can be seen getting ready a few days before their dance recital.

She and her siblings Maya and Colin are featured on the YouTube channel along with parents Jason and Lucy.

Addy Maxwell Is A Member Of