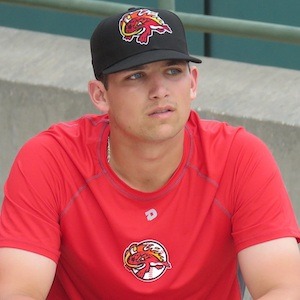 Major League Baseball third baseman and outfielder who was selected by the Atlanta Braves with the 41st overall pick in the 2015 draft. He was named National League Rookie of the Month in May 2019 after playing only 15 games.

He was a shortstop and pitcher while playing baseball at DeSoto Central High School in Southaven, Mississippi.

His fans have supported him on Instagram where he posts on-the-field photos for 90,000 followers.

He became teammates of Josh Donaldson and Freddie Freeman after joining the Braves.

Austin Riley Is A Member Of