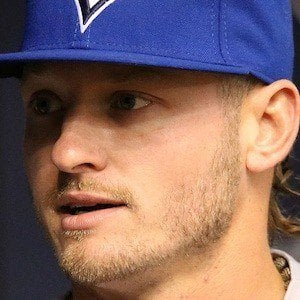 MLB third baseman who began his career in 2010 with the Oakland Athletics. After his 2014 All-Star campaign with the Athletics, he was traded to the Toronto Blue Jays. He then went on to win the 2015 AL MVP Award after hitting 41 home runs and driving in 123 RBIs for the Blue Jays.

In June 2013, he hit his first career grand slam against the Chicago White Sox.

He and outfielder Coco Crisp both joined the Athletics in 2010.

Josh Donaldson Is A Member Of