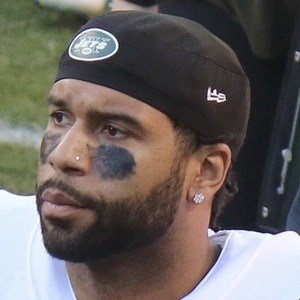 Tight end who was selected 38th overall in the 2014 NFL Draft by the Tampa Bay Buccaneers. He was the 2013 John Mackey Award winner for College Football's Most Outstanding Tight End as a member of the University of Washington Huskies.

He turned down offers from elite programs such as Alabama, Miami (FL), Notre Dame, Oklahoma, USC, and Texas to stay in Washington for his college career.

He was born in Fox Island, Washington.

He was the second tight end drafted in 2014, after the Detroit Lions took Eric Ebron 10th overall.

Austin Seferian-Jenkins Is A Member Of