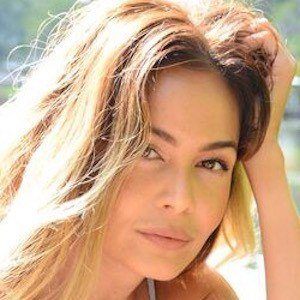 Sports blogger and former boxer known for her personal brand, Cleats & Cleavage. The accompanying website, cleatsandcleavage.com, contains posts of her discussing sports in her lingerie. She has amassed over 1 million followers on Instagram.

She was inspired to create Cleats & Cleavage after looking in her refrigerator. She has said that she wondered how she could fit various items of food on her body. She studied aeronautical engineering and became a licensed pilot.

She became a Fox News contributor for Watters World and frequently discusses multiple sports on Fox Sports Radio. She is a former Gold Gloves boxing amateur champion in New York. She won in 2002 at Madison Square Garden in New York City. In 2004, she posed for Playboy.

She was born in Spain, and she has spent much of her adult life in Queens, New York.

Ava Fiore Is A Member Of