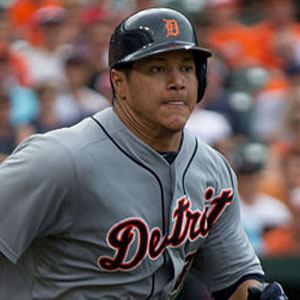 Outfielder known for a rifle of a throwing arm who made his MLB debut in 2012 with the Detroit Tigers and joined the Chicago White Sox in 2013.

The Tigers signed him as an amateur free agent in 2007.

He was nicknamed "Mini Miggy" for his physical resemblance to All-Star slugger Miguel Cabrera.

He was born in Anzoategui, Venezuela.

Power-hitting first baseman Prince Fielder was his teammate on the Tigers.

Avisail García Is A Member Of