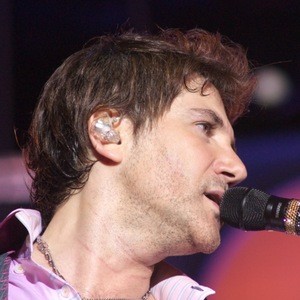 Singer who shot to stardom with "Daleko Daleko," his Russian-language cover of the Arabic hit "Tamally Maak." He has gone on to release several platinum records, including Tonight (2002) and Obruchalnaya (2006).

He studied in an Armenian Orthodox seminary in Lebanon. His singing ability was discovered while he was living in Aleppo.

He survived an assassination attempt in Russia in 2006.

He married Morela Ferdman in 2005. He has a daughter named Emanuela.

His breakout hit was a cover of Amr Diab's "Tamally Maak."

Avraam Russo Is A Member Of