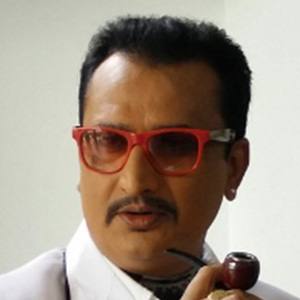 Indian film and television actor who is best recognized for his roles in several Bhojpuri feature films. Often portraying the villain, he is known for having starred in films such as Sangharsh in 2018 and Mai Sehra Bandh Ke Aaunga in 2017.

He started his career as a theatrical performer from the Patna theater. He then made his film debut in 2005 when he starred in Dulha Aisan Chahi. His first Bhojpuri production came in 2009 when he starred in the film Saat Saheliyan.

In addition to acting, he is also known for sharing modeling and behind the scenes content through his Instagram where he has amassed over 650,000 followers.

He was born and raised in India and shared a photo with his mother to Instagram in May of 2019.

He starred alongside Pradeep Pandey and Anjana Singh in the 2013 action film Jeena Teri Gali Mein.

Awdhesh Mishra Is A Member Of