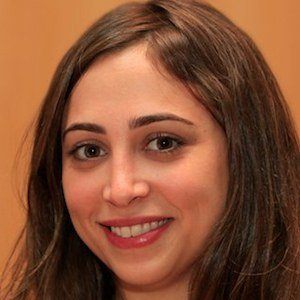 Founder and CEO of littleBits, an award-winning platform of easy to use electronic building blocks, which sells hardware to over 100 countries worldwide and is used in more than 3,000 schools. She was named one of Entrepreneur's 10 Leaders to Watch.

She studied computer engineering and sociology at the University of Beirut. She interned at the MIT Media Lab.

LittleBits was named one of the 50 smartest companies in 2015 by MIT Technology Review. She was also one of Inc. Magazine's 35 Under 35.

She is from Canada, but has also lived in New York.

She was featured on CNBC's Next List, as was entrepreneur Pete Cashmore.

Ayah Bdeir Is A Member Of