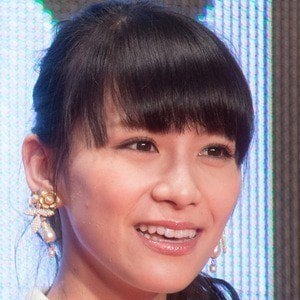 Known by the stage name a-chan, she is a member of the Japanese pop group Perfume. Since their debut in 2002, the trio has become known for hit singles like "Love the World," "One Room Disco" and "Relax in the City."

Originally forming Perfume with Yuka Kashino and Yūka Kawashima, after Kawashima left, it was at the behest of her mother, who thought a trio was more compelling than a duo, that she invited her friend Ayano Omoto to join the band.

Her sister, Sayaka Nishiwaki, is an actress and singer known as a member of the group 9nine. She also has one brother.

Much like Aiko, she is a popular singer from Japan.

Ayaka Nishiwaki Is A Member Of