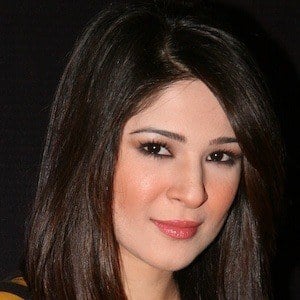 Pakistani model, actress, and singer known for playing Khoobsurat on the show Bulbulay. She also played Natasha on Ladies Park and has appeared in films like Karachi se Lahore and Yalghaar.

She attended National College of the Arts and started modeling in 2002. She started working on the reality show Meray Bachpan Kay Din that same year.

She released her first single in 2010 and won a Lux Style Award in 2013 for her album Khamoshi. She has more than 3.2 million followers on Instagram.

She grew up in Lahore, Pakistan. She posted her mom on her Instagram page in September 2022.

She and Nabeel have both starred on Bulbulay.

Ayesha Omar Is A Member Of