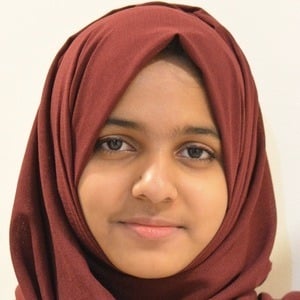 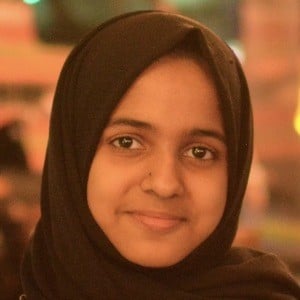 Indian YouTube star based in Abu Dhabi whose religious and spiritual singings have amassed her 1.7 million subscribers and 230 million overall views.

She uploaded her first YouTube video on the 22nd of July, 2013. It was of her singing "Verse of the Throne."

On April 23, 2016, she posted a video of herself singing "Hasbi Rabbi Jallallah". One of her more popular videos, it garnered over 44 million views.

Her parents are Abdul Basith and Thasnim. She has a younger brother and a younger sister.

On November 25, 2018, she uploaded a video of herself performing at Sami Yusuf's EP launch.

Ayisha Basith Is A Member Of