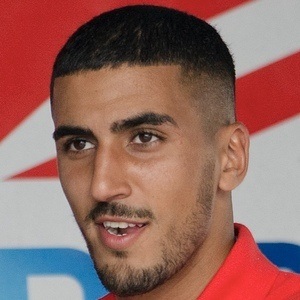 His youth career started with the SG Praunheim academy. He later went to Kickers Offenback and in 2013 he joined Eintracht Frankfurt where he would later start his senior career in 2016. In 2017, he began playing for Germany's Under 21 squad.

He is known for having earned the Fritz Walter Medal as part of Germany's Under 19 national team.

He was born and raised in Frankfurt, Germany but is also of Moroccan descent.

He played alongside Jonathan Tah as part of Germany's under 21 squad.

Aymen Barkok Is A Member Of