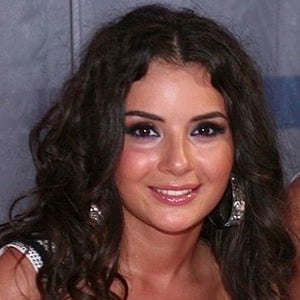 Azerbajani pop singer who rose to fame after singing a well-received duet "Always" with Iranian-Swedish singer Arash Labaf during Eurovision in 2009. She came in third.

She was born in the Azerbajani capital of Baku and started to sing at the age of four.

She spent time in high school and in college in the United States. She attended Texarkana High School and won three gold medals at contests held at the Southern Arkansas University and at the University of Texas at Austin.

She is the youngest of three daughters. in 2012 she married Murad Adigozalov and they've had two sons and a daughter.

Aysel Is A Member Of