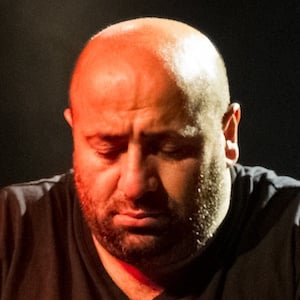 Turkish musician who is regarded as one of the best kunan players in the world. He has recorded on thousands of albums, and lectures at the Egyptian Ahmet Rhythm Academy. He is a member of the Taksim Trio, along with childhood friends Hüsnü Şenlendirici and İsmail Tunçbilek Aytaç Doğan.

He started practiced the kunan at 13 years old with a kunan his grandfather bought him. He studied at the Bursa Metropolitan Municipality Conservatory, and at age 14, he shared the stage with Ibrahim Tatlises. She introduced him to many big names in the industry.

When he was 14, he was invited by prolific kunan artist Egyptian Ahmed to play the instrument in Cairo. This exposure to Egyptian art culture forever shaped his music style.

His parents are Bursalı and Tuncelili Dogan. His wife is Burçin Doğan, and together they have two children and a granddaughter.

Aytac Dogan Is A Member Of