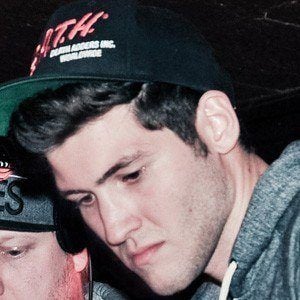 House and electronic producer who created the viral hit song "Harlem Shake." He was also known as Captain Harry.

He began producing music from the age of 13, working with groups like The Prodigy, Flosstradamus, and No Doubt.

His song "Harlem Shake" had unremarkable sales, reaching #1 in numerous countries. It also won Dance Song of the Year and EDM Song of the Year at the 2013 Billboard Music Awards. He featured virtual social star Lil Miquela on his 2018 track "Hate Me."

He was born Harry Bauer Rodrigues in West Philadelphia, Pennsylvania; he grew up in Germany, London, and Westport, Connecticut, moving around for his father's work.

His Harlem Shake inspired numerous remix releases, including an official one by rapper Azealia Banks that, for disputed reasons, had to be taken down.

Baauer Is A Member Of