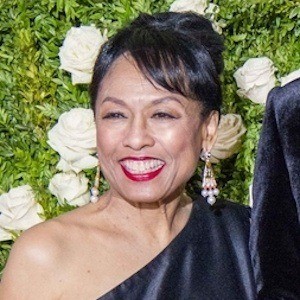 Actress, dancer, and singer who appeared in the Broadway productions of A Joyful Noise, Promises, Promises, and Seesaw.

She made her Broadway debut when she was five years old in the original production of The King and I.

In 1976, she and the cast of A Chorus Line won a Theatre World Award for Best Ensemble Performance.

She was born in New York to an Indian mother and a Chinese father.

Michael Bennett choreographed many of the Broadway shows in which Lee performed.

Baayork Lee Is A Member Of