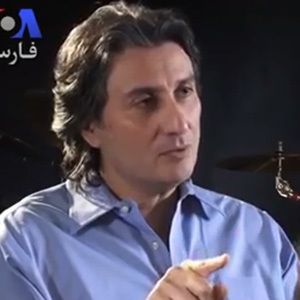 Iranian musician, composer, and guitarist who is known for his own instrumental albums and for his collaborations with a variety of Canadian and Iranian musicians. He is also known for being a member of Toronto Musicians Association as well as an instructor at the Canada Music Academy.

He first started studying music at the age of 10 when he learned the style of Flamenco. He began performing professionally at 18 and released his debut album in 1990 entitled "Gray Rain".

He is also known for his charity work and performances including hosting and performing at a benefit concert for the earthquake of Bam, Iran in 2002 at the Toronto Center for Arts.

He performed a concert with fellow musician Faramarz Aslani as a band leader and lead guitar player in 2007.

Babak Amini Is A Member Of