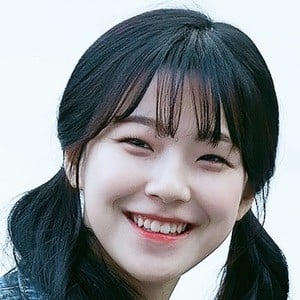 Pop idol from the girl group Fromis 9 who was selected to be part of the group after finishing in eighth place on the series Idol School.

She was the maknae of Fromis 9. Her motto from Idol School was "My Way."

She performs alongside Lee Chae-young in Fromis 9.

Baek Jiheon Is A Member Of