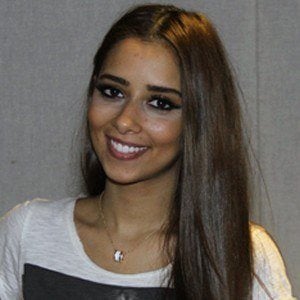 Well known singer from of Yemeni and Emirati origins, she first rose to fame for her single "Ya Hawa" in 2012. A year later she released her debut album titled Majnoun with Rotana Records.

She began learning to sing and play a number of instruments at a very early age. She began composing music with her father in 2004 but went on hiatus for several years to continue her schooling.

Her father, Ahmed Fathi, is a well known Yemeni singer. She grew up alongside her two siblings. In 2016 she married Sultan Bin Abdullatif.

She became engaged to soccer player Naif Hazazi in 2012 but the pair later split.

Balqees Ahmed Fathi Is A Member Of