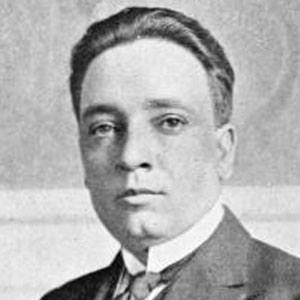 Politician and President of Uruguay from 1919 to 1923 who was known for his pro-American attitude and willingness to facilitate US interests in his country.

Prior to winning the Presidency, he first worked as the Education Minister under José Batlle y Ordóñez until 1915.

He killed himself after leading a failed resistance against President Gabriel Terra and there is a town in Artigas Department that is named after him.

He was born in Artigas Department, Uruguay.

He and Jose Mujica were both prominent Uruguayan politicians.

Baltasar Brum Is A Member Of