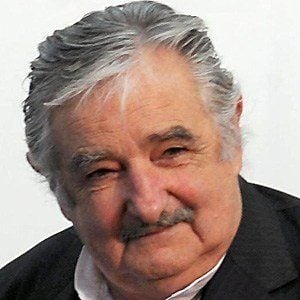 Uruguayan politician who became the 40th President of Uruguay in 2010. Prior to winning the Presidency, he worked as the Minister of Livestock, Agriculture, and Fisheries until 2008.

He was a guerrilla leader who was a part of the Tupamaros movement that led the 1969 brief takeover of Pando, a town close to Montevideo.

He has often been labeled the world's "poorest President," since he donates around 90% of his 12,000/month salary to different charities.

He married wife Lucía Topolansky in 2005.

He was both preceded and succeeded as President of Uruguay by Tabaré Vazquez.

José Mujica Is A Member Of