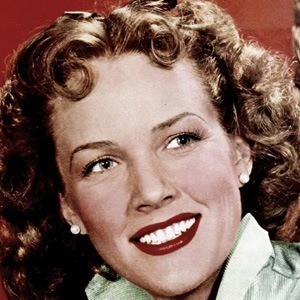 American actress best known for her roles in western movies like Secrets of the Wasteland in 1941.

She made her acting debut in the 1941 film Secrets of the Wasteland.

She once played Pam North on the television series Mr. and Mrs. North.

She was married to Eugene Czukor, a renowned doctor.

She starred alongside Charles Laughton in the 1945 film Captain Kidd.

Barbara Britton Is A Member Of