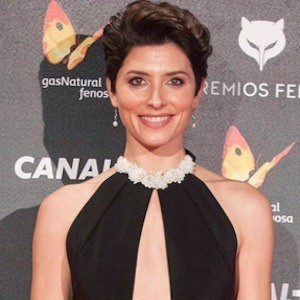 Goya Award-winning actress best recognized for her roles in films like The Skin I Live In and The Invisible Guest. She is perhaps most well known for her acclaimed role in the 2014 film Magical Girl.

She was only fifteen years old when she made her acting debut in the 2001 film Más pena que gloria. She would go on to graduate from the Real Escuela Superior de Arte Dramático.

Outside her film roles, she has also had recurring roles in the series Countdown and the show Love in Difficult Times.

Born in Madrid, Spain, her parents are Argentinian. They moved to Buenos Aires when she was a child, though they returned to Spain in 1990.

In the 2011 film The Skin I Live In, she starred opposite Antonio Banderas.

Bárbara Lennie Is A Member Of