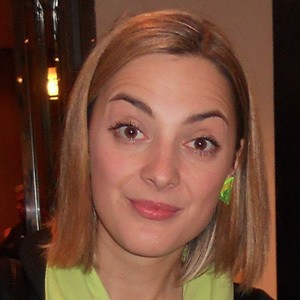 Czech actress and singer who is known for her roles in the films Life is Life, Definition of Love, and Micimutr. She is also known for having released the hit singles "Nafrnena" and "After the War".

She studied drama at the Theater Faculty of the Academy of Performing Arts in Prague. After appearing in several theatrical productions, she made her television debut in 2005. She then went on to start her music career in 2015 when she released her self-titled album.

She is known for having been a contestant on the 2012 competition series StarDance.

She was born in Kolin, Czechoslovakia and married fellow actor Pavel Liska. Together they have two children.

She starred alongside Eva Holubova in the 2016 feature film The Good Plumber.

Barbora Polakova Is A Member Of