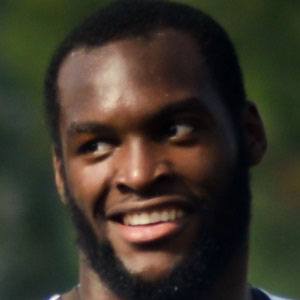 NFL outside linebacker, converted from defensive end, known for his first-step explosiveness. He made his pro debut for the Cleveland Browns after being selected 6th overall in the 2013 NFL Draft. He was traded to the New England Patriots in 2016 and he helped the team win Super Bowl LI in 2017.

Though his mother didn't want him to, he played football at West Monroe High School in Louisiana.

He played college football at LSU, where he was a two-time Second-team All-SEC selection at defensive end.

He was raised with four siblings: Hugh III, Hughtavious, Malik, and LaDarian.

He played for head coach Les Miles at LSU.

Barkevious Mingo Is A Member Of