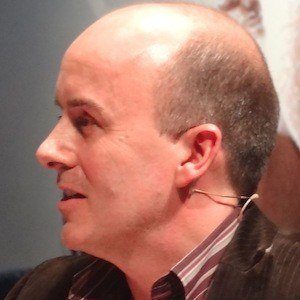 Actor and voice artist most well known as a long-running Dalek operator on the hit British science fiction series Doctor Who. He has also written, produced, and performed dozens of Doctor Who audio stories and narrated many Audible audiobooks.

He graduated with a degree in fine art and French from the University of Exeter in 1991. He then trained at the Guildford School of Acting in 1992.

Outside of acting, he is a portrait and landscape artist and has regularly performed art history lectures.

He began working as a Dalek operator in 2005, appearing alongside Doctors Christopher Eccleston, David Tennant, Matt Smith, and Peter Capaldi.

Barnaby Edwards Is A Member Of