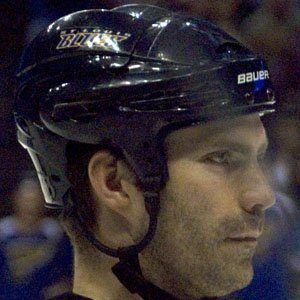 Veteran hockey defenceman who began his long career with the St. Louis Blues in 1999. In 2007, he won the Ice Hockey World Championships while representing Canada.

He was a competitive figure skater as a young man.

He won the Calder Memorial Trophy as the NHL's Rookie of the Year for the 1999-00 season.

He was teammates with Rick Nash on the Canadian team which won the 2007 Ice Hockey World Championships.

Barret Jackman Is A Member Of