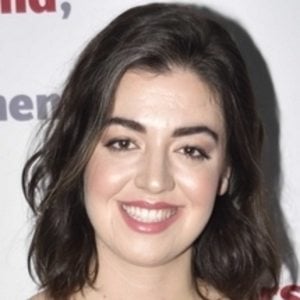 She was a student at Elon University where she earned a Bachelor of Fine Arts in Musical Theatre. She made her Broadway debut in 2011 as an understudy in Lysistrata Jones.

She portrayed Denise in the off-Broadway show FOUND the Musical between October and November of 2014.

She was born in Boston, Massachusetts. She attended the Walnut Hill School.

She starred alongside Ryan McCartan in Heathers: The Musical.

Barrett Weed Is A Member Of