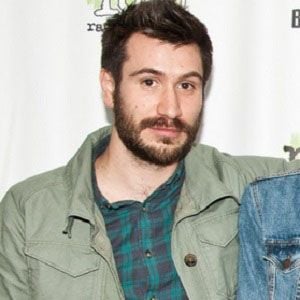 Famous as the lead guitarist, keyboard player, cellist, and backing vocalist of the Scottish rock band Twin Atlantic. They have released albums titled Vivarium, Free, and Great Divide during the period between 2009 and 2014.

Before releasing A Guidance from Colour, his debut EP with Twin Atlantic, McKenna and his musical collaborators were the opening act for the bands MewithoutYou and Circa Survive.

Great Divide, his third album with Twin Atlantic, rose to number one on the United Kingdom rock music chart.

He grew up in Glasgow, Scotland alongside an older sister named Rachel.

Barry McKenna Is A Member Of