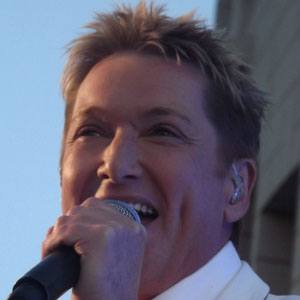 Singer from Belgium best known for singles like 1987's "Carrousel". He gained notoriety in his home country for representing them in the Eurovision Song Contest, where he finished second.

After receiving his musical education in Antwerp, he won the Baccara-beker contest in 1982.

He has also been the host of talent TV shows like "Soundmixshow" and "Rad van Fortuin".

He and singer Belle Perez have both represented Belgium in the Eurovision Song Contest.

Bart Kaell Is A Member Of