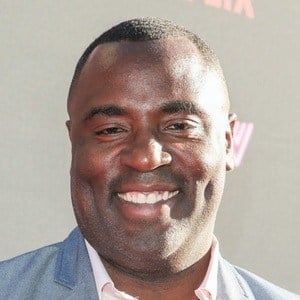 Writer, comedian and actor who was part of the 2011 writer's room which was Emmy nominated for their work on Late Night with Jimmy Fallon. He would appear as Keith Bang in the Netflix series GLOW and earn major roles as Stu in Gringo and Morgan Russell in Snatched.

He had minor roles in an episode each of The Drew Carey Show, Arrested Development and other series to begin his career.

He and Diallo Riddle wrote a pilot called Brothers in Atlanta which was commissioned by HBO. However, it was cancelled. In 2018, IFC picked up a show from the duo called Sherman's Showcase.

He and Michael Shoemaker were two of the many writers of Late Night that earned a Primetime Emmy Award nomination.