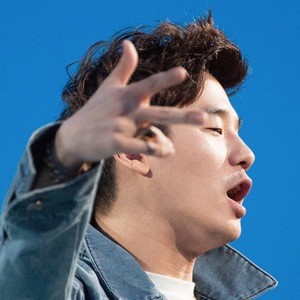 Hip-hop recording artist who rose to fame after competing on and winning the fourth season of Show Me the Money. In 2016, he released an EP titled Nice through the record label Rainbowbridge World.

In 2008, he became a member of the hip-hop crew Jiggy Fellaz.

He was a guest judge during the third season of Unpretty Rapstar.

His wife Yoo Seo-yeon gave birth to their first child in 2015.

He was photographed with fellow rapper Snoop Dogg at an event in 2015.

Basick Is A Member Of