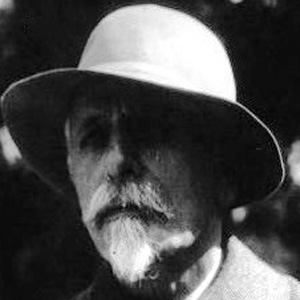 He was a tourist guide in Galata and also worked as an arsonist for the Constantinople firefighters who would pay him to set fires at places that could be raided for riches as the buildings burned.

He was known for being shrewd and corrupt and didn't hesitate to sell arms to both nations involved in a war, dispute, or conflict.

He married for a second time late in life when he was 75 years old.

He was the basis for weapons trader Basil Bazarov in The Adventures of Tintin comic The Broken Ear by Herge.

Basil Zaharoff Is A Member Of