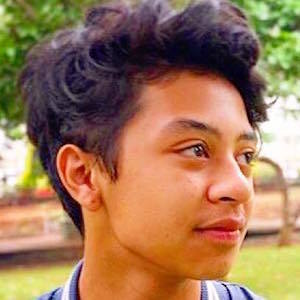 Singer and actor primarily known as a member of the boy band Coboy Junior until he announced his departure to pursue a solo career in 2014. The versatile star has gone on to release the debut album Kids from The Star and appeared in several films and shows like Five Eagles and Hanya Kamu.

His career kicked off in 2008 after he competed on the Indonesian talent reality series Idol 2.

He has a younger sister, Romaria, and a younger brother Veron.

He was previously a member of Coboy Junior alongside Iqbaal Ramadhan.

Bastian Bintang Simbolon Is A Member Of