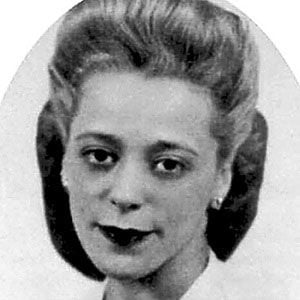 Remembered for fighting for the rights of fellow African Canadians by refusing to retreat to a segregated portion of Nova Scotia's Roseland Theatre, she is also remembered for establishing a beauty school catering to the needs of black women and for launching a successful beauty products line for women of African descent.

In her early years, she attended beauty schools in New York, Montreal, and Atlantic City.

She was fined and temporarily jailed for her rightfully defiant act; after her death, she was officially pardoned by the Canadian government.

She and her fourteen siblings grew up in Halifax, Nova Scotia, as the children of Gwendolin and James Davis. She later married Jack Desmond.

She has often been compared to American Civil Rights activist Rosa Parks, who famously refused to give up a seat on a Montgomery, Alabama bus. Desmond's act actually preceded Parks' by nearly a decade.

Viola Desmond Is A Member Of