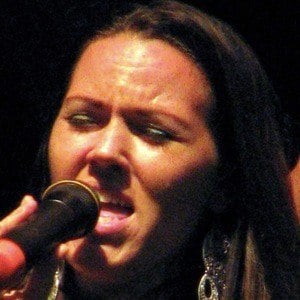 Christian pop singer-songwriter known for top ten hit songs like "I'll Be Alright," "Here In This Moment" and "Life," the latter of which was nominated for Urban Recorded Song of the Year.

Coming from a broken home, she was raised in an unstable environment and spent much of her childhood in shelters and foster homes.

She is a noted philanthropist who traveled with the A21 Campaign to Greece to raise awareness for human trafficking.

She founded Shae Shoc Records with producer Jack Shocklee, whom she married in 2004. They have three children named Grace, Joy and Hope.

She provided vocals on the TobyMac song "Funky Jesus Music."

Beckah Shae Is A Member Of