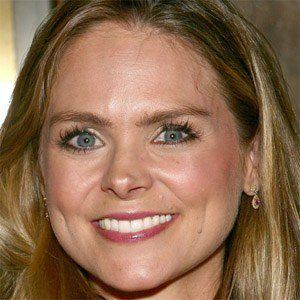 Actress who is most well known for her role as Elle Woods in Legally Blonde the Musical. She was recognized for her performance as a nominee for the 2009 Helen Hayes Award.

Her first professional part was for a production of Peter Pan in the role of Wendy.

She played the role of Amber Von Tussle for the well known musical Hairspray.

She was a performer at the 63rd Tony Awards just like Liza Minnelli.

Becky Gulsvig Is A Member Of