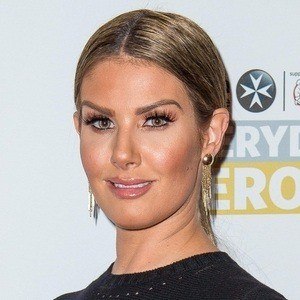 Rose to fame after she became engaged to professional soccer striker Jamie Vardy. In 2017, she starred on the reality competition show I'm a Celebrity...Get Me Out of Here.

She first joined the social media world with her Twitter in April 2012.

She has worked as the director for V9 Academy, a training academy for non-league players.

She has a daughter named Megan. She and Jamie Vardy gave birth to their first child together, Sofia, in December 2014. They also had a son named Finley in early 2017.

She previously had a relationship with English pop singer Peter Andre.

Becky Nicholson Is A Member Of