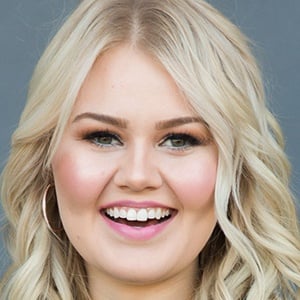 YouTuber best known for running the popular channel DELLA VLOGS alongside her husband Dallin Lambert. The couple primarily posts vlogs and pranks, often featuring other family members. Her comedic short videos such as "Me at the age of 13 VS my gorgeous sister at the age of 13" have helped the channel earn over 800,000 subscribers. Also an entrepreneur, she created a direct sales business called Origami Owl Custom Jewelry.

She began Origami Owl at the age of 14 as a way to buy herself a car for her 16th birthday. She started out by selling lockets to family and friends at home parties. From there, she moved her business to a kiosk at the local mall. She first launched her YouTube channel as a solo channel, posting vlogs as well as videos of her music.

She released the single "Find Your Voice" on iTunes in August 2014. She has been featured on Good Morning America and she has won awards like the Gilbert Young Entrepreneur Award and the Bravo Growth Award.

She was born in Chandler, Arizona to parents Chrissy and Warren. She has a younger sister named Addie. She also has three brothers. She married Dallin Lambert in March 2017. She and Dallin run the YouTube channel DELLA VLOGS together.

She and Katie Betzing have been best friends.

Bella Weems-Lambert Is A Member Of