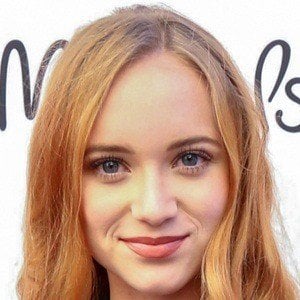 Best known to TV audiences as Abby Crawford in the ABC drama series Secrets and Lies and as Ember Evergreen on the Netflix comedy series Project MC2. She got her big break on the big screen in a minor role in the film A Million Ways to Die in the West.

She did some modeling for brands including American Girl and JCPenny.

She landed a lead role in the 2015 horror film Havenhurst. She received writing and producer credits on the 2015 short comedy film One Smart Fellow, which won awards at competitions and film festivals around the country.

When she was a child, her parents arranged a meeting with a local photographer who helped book her with a local agency.

Seth MacFarlane directed her in A Million Ways to Die in the West.

Belle Shouse Is A Member Of