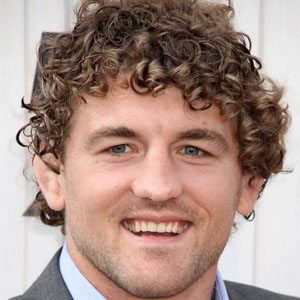 2013 Bellator Welterweight Champion is also a competitive wrestler and disc golf champion. He entered headlines in 2021 due to a high-profile boxing match with YouTube star Jake Paul.

He qualified for the 2008 US Olympic wrestling team after being an NCAA Champion at the University of Missouri.

On July 6, 2019, he was on the receiving end of the fastest knockout in UFC history by Jorge Masvidal, 5 seconds. He was undefeated over his career before the knockout.

He tied Michael Chandler for a record of 8 consecutive Bellator Fighting Championship victories.

Ben Askren Is A Member Of